NFTs have taken center stage in the cryptocurrency industry throughout most of 2021, and they continue attracting massive interest in 2022. Although there are some popular projects that went mainstream, like the Bored Ape Yacht Club, they tend to be mostly in the profile-picture domain which definitely caught the industry by a storm. Beyond that, […]

NFTs have taken center stage in the cryptocurrency industry throughout most of 2021, and they continue attracting massive interest in 2022.

Although there are some popular projects that went mainstream, like the Bored Ape Yacht Club, they tend to be mostly in the profile-picture domain which definitely caught the industry by a storm. Beyond that, though, many argue that NFTs have stronger use cases and unlimited potential.

This is, perhaps, why so many artists are drawn to the field. It democratizes access to fine art and also provides the artist with a global platform for sharing work that’s trackable, immutable, verifiable, and easily transportable.

One artist that was drawn to this rapidly growing scene is Jake Fried. Currently working on an NFT project – the Night Vision Series – Fried’s art is unique in its way.

He uses ink and white-out to produce hallucinatory scenery, modifying and shooting the images repeatedly to create mind-bending animations that are designed to evolve at a frenzied pace. Fried’s experimental films have already been widely exhibited across the world, including at the Tate Modern and Sundance Film Festival. On top of that, he has also done commissioned work for some giants such as Netflix.

In this interview, we talk about how it all started, how it changed, and where it’s headed.

Can you introduce yourself and tell us how did your career start?

Hi! My name is Jake Fried – I’m an artist, experimental animator, and professor. I began my career as a painter, but as I went through the process of layering and modifying images, I realized what truly interested me was the way an image evolved over time, and I changed tracks to become an animator.

Tell us more about your style?

I use ink and white-out, sometimes adding collage and even coffee, to generate hallucinatory vistas, modifying and shooting the images over and over to create mind-bending animations that evolve at a frenzied pace.

Artworks are captured one frame at a time and destroyed through creation. Created physically, yet only a digital record of the process remains, Out of nothing – into nothing.

Can you please share some details of the entire process?

My work is arrived at slowly over the course of months and is not pre-planned. It becomes itself through the process of making, I try to let the work tell me what’s next. For me, art-making is a discovery process. Otherwise, I have no interest.

What about the experimental films?

My experimental films have been widely screened internationally. This includes the Tate Modern and Sundance Film Festival. Beyond that, I’ve also created commissioned work for clients that include Adult Swim and Netflix.

How did you get into NFTs?

I released my first non-fungible tokens (NFTs) in July 2021 and was immediately thrilled by this new era for artists and collectors.

I have since released several 1/1s on SuperRare and developed a special relationship with Art on Internet (AOI).

Can you tell us more about the Night Vision Series?

Together with AOI, we are releasing the Night Vision Series – a collection of 1440 unique frames.

The Night Vision Series is composed of NFTs, each one of which is a work of art where each frame is named, categorized, and put up for sale – recontextualizing the source work by preserving and documenting Fried’s unique artistic process of “creation through destruction.” 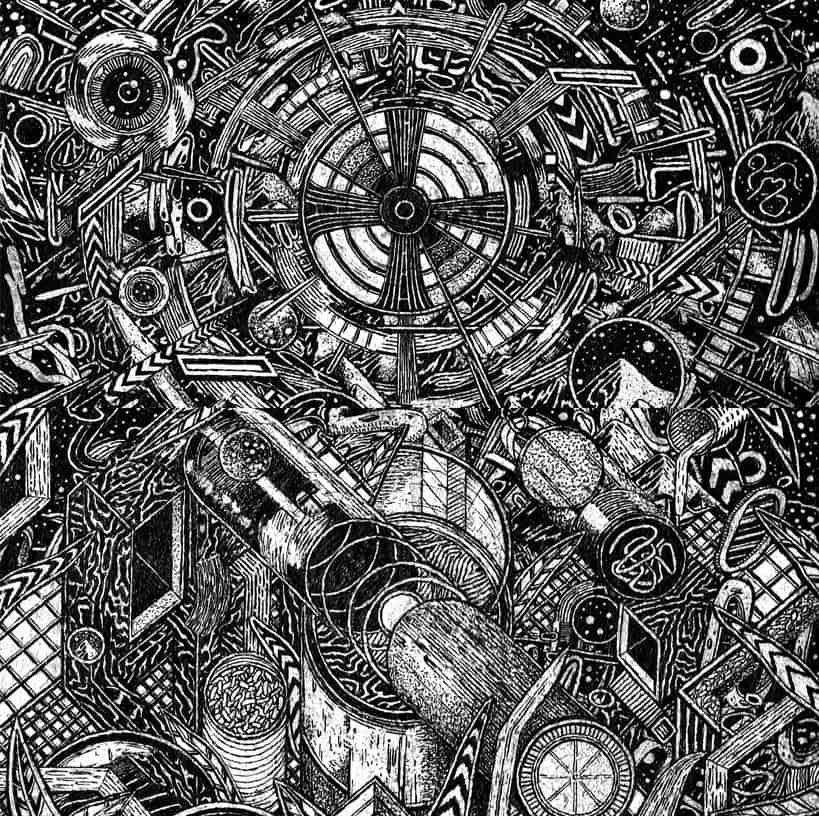 The series took 8 months to complete, showcasing the effort and work that goes into creating the collection. The art is created through destruction, which means that each new frame of animation destroys the previous one.

Jake Fried’s process intends to bridge the tangible with the untouchable and results in a series of handmade artworks that can only be preserved and experienced in a digital medium.

On this website, every frame of Night Vision can be experienced, understood, and also purchased as an individual art piece. Each NFT also includes a membership to Jake Fried Collector’s club.

Jimmy Song, Lee Bratcher And Dennis Porter On Why Bitcoiners Must Be Politically Involved