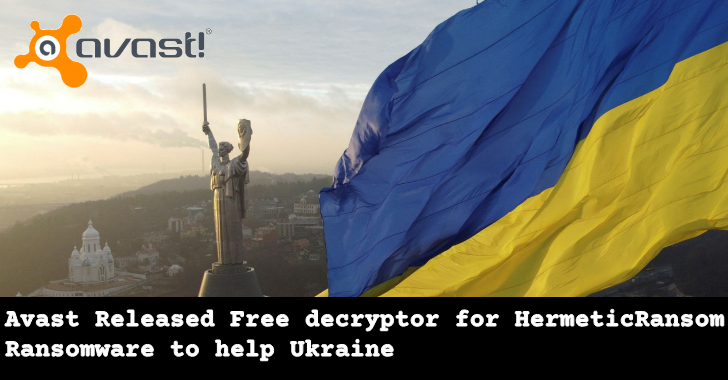 Recently CISA and the FBI were warning organizations in Ukraine about the HermeticWiper malware which was targeting computers at Ukrainian organizations to erase the data.

One of the variants of HermeticWiper malware previously found seemed to be a type of ransomware. Threat labs at Avast discovered another new variant of malware that was in connection to the HermeticWiper.

ESET researchers found that the malware was spreading around Ukraine. However, decrypting it was one of the biggest difficulties. The HermeticWiper malware was accompanied by another malware.

After studying it further, they found a loophole in that malware. This loophole can further be exploited to decrypt files affected by the malware.

Once this malware infects the system, it searches for files and folders with valuable data to encrypt. This malware specifically targets certain file extensions as listed below.

The malware keeps the computer operational by not encrypting files inside Program files and Windows folders. Whenever a file with the defined encryption is found, the ransomware generates a 32-byte encryption key.

Encryption is done by AES GCM cipher and in blocks with each block having 1048576 (0x100000). A maximum number of blocks are set to a rate limit of nine and any data that past 9437184 (0x900000) bytes will be in plain text. After encrypting the files, the malware then links it to another file that contains the RSA-2084 file key. RSA encryption must contain a public key which is stored as a base64 string in the binary.

Files that are encrypted are given additional suffixes. Once the malware encrypts all the files, a read_me.html file is stored on the computer’s desktop mentioning contact details for decryption.

Researchers at Avast found that during the encryption process, the malware creates numerous child processes which do the actual encryption.

Avast released a free decryptor for decrypting files that are encrypted by ransomware.

In order to decrypt, follow the instruction given below