The original title of Changpeng Zhao’s profile was “Crypto’s richest rebel goes legit.” Then, for the online version, it became the hilariously long “He became as rich as Mark Zuckerberg virtually overnight. How Binance founder ‘C.Z.’ Zhao became a $74 billion man while moving fast and breaking things in crypto.” It’s an interesting article, because Fortune’s anti-bitcoin stance is notorious.

Of course, the publication can’t contain itself and throws some jabs at CZ and the crypto industry as a whole. However, the tone of the article is fair and balanced, and it seems to respect its subject. It covers Changpeng Zhao’s life from several angles and lets us know about Binance’s plans.

As for CZ’s life before Binance, the profile goes through his childhood “in a rural village in China’s Jiangsu province.” Through the family’s migration to Vancouver when he was 12 years old. Then, already in the professional field, we learn that “Zhao spent years working in Tokyo and New York, where he helped build Bloomberg’s trading software.”

After he leveraged an ICO to create the biggest exchange in the world, “Zhao also proved willing to move Binance’s home base, depending on how crypto-friendly the location was.” The article isn’t all glowing, it talks about Binance’s controversial financial products and about a specific legal action against the company.

What Did We Learn About Changpeng Zhao?

The Binance CEO’s Fortune profile was full of tidbits and details about the man’s financial status and real life:

For what it’s worth, Changpeng Zhao rejects the reports on the size of his fortune. “If they think I am worth that much, that is what they think. It’s fictitious pricing,” he told the magazine. However, in the same article, Fortune estimates that “the company is now worth about $300 billion, nearly six times the market cap of Coinbase, its nearest competitor.” 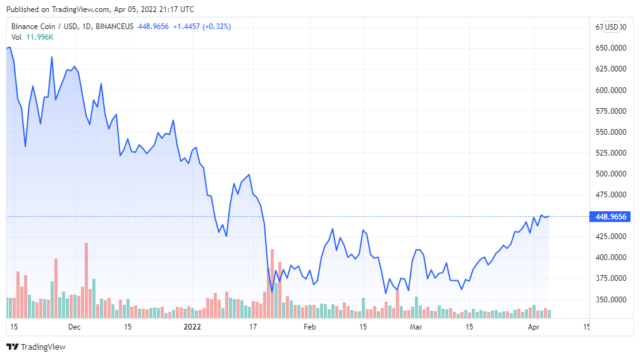 The CEO known as CZ dropped a few gems in the interview that lead to this profile. Unsurprisingly, he thinks we’re so early:

“People are investing in crypto because it seems new and cool. It’s like the internet was 20 years ago: It was slow, e-commerce didn’t work, there was no social media.”

“If you pick one business, and integrate [it] with crypto, I fully believe cryptocurrencies will give a much stronger financial funding power.”

About Binance’s worldwide problems with the law:

“We’re communicating with all the regulators right now. The issues we had before we are solving, right now.”

About his mind-bending fortune:

And what about this situation? It contains Changpeng Zhao’s opinion on NFTs:

“When I suggest that investors seem crazy to spend millions on digital artwork, he says, “I agree with you. I think people may have lost their mind.”

And, to close it all off, CZ gives the alpha on what makes bitcoin special:

“This is the first time in human history that we can collectively agree and maintain a record, and no one person is in charge. That has profound implications.”

A side story to Changpeng Zhao’s profile, Binance recently invested $200M in 104-years old Forbes magazine. Well, according to the CEO:

“The publication’s crypto strategy could include selling NFTs of articles and rewarding subscribers with blockchain tokens. “They may not even need to sell ads anymore,” he says. “If that works, guess what? All the other media businesses will have to come into crypto as well.”

Will it work, though? Is the brand strong enough to survive in that environment? Is Binance’s backing enough to sustain that idea? Do they have what it takes to change the editorial business and break the ad model? Stay tuned to Bitcoinist to find out. Binance’s Forbes experiment will be extremely interesting to follow.