While the world burns, El Salvador opens the Chivo Pets hospital. Not everything is lost. In this edition, we also highlight the famous visitors from all walks of life that have recently been to the country. And, of course, we have some feel-good stories and visit El Zonte. It’s not News From El Salvador if we don’t check with Bitcoin Beach.

And yeah, the News From El Salvador feature is making a return after months of inactivity. We were building the From The Ground series, and it took over. Speaking of that, did you know that we’ve brought you the Dutch, Salvadoran One and Two, French, North American One and Two, Italian, and Austrian perspectives on the El Salvador story? Well, we did. Check those reports out after the news.

The Inauguration Of Chivo Pets

“The IMF is scared as we are setting an example to other countries” VP #ElSalvador 🇸🇻 Boom 💥 🌋 https://t.co/jWefLE9KZE

Such an amazing meeting and dinner with @nayibbukele and @MilenaMayorga
Our plan to bring the film and television industry and much more to El Salvador has begun. GOD is great. pic.twitter.com/TVkrd4Op5n

@MilenaMayorga it was an honor to speak with you about El Salvador’s “spirit of hope” under #Bitcoin. Thank you for speaking to me and my amazing @SwanBitcoin crew, can’t wait to share our conversation soon! pic.twitter.com/dh6gVcGFGW 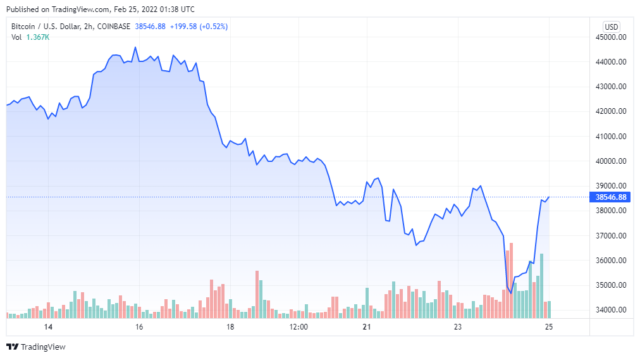 Before The Chivo Pets Inauguration, Back To El Zonte

Honored to have the chance to join @stacyherbert and speak to these hardworking and bright #ElSalvador women at Hope House about #Bitcoin, their passions & dreams, and the economic opportunities being created for their families here in El Zonte 🌋⚡️🇸🇻 pic.twitter.com/ryFmGQ2SKH

Announcing community leader Roman Martínez, as a #Bitcoin2022 speaker!
@romanmartinezc (chimbera) is one of the founders of #Bitcoin Beach and Hope House, based in El Zonte, El Salvador. pic.twitter.com/cDLmvJD8fx

Who is coming today? We are visiting one community !!! @Bitcoinbeach @HopeHousesv #Bitcoin is love pic.twitter.com/e8vd2xQoHg

And that completes the circle. Chivo Pets exists. La Bitcoineta is making the rounds. News From El Salvador is back.