NFTs on Sotheby’s got… rugged? Not exactly, but there was an interesting set of events that occurred at the premier auction house over this week. Meanwhile, the Associated Press faced the heat over it’s latest NFT sale, OpenSea is dealing with more hurdles, and Rakuten is the latest to launch an NFT marketplace.

It’s all in a week’s work in the ever-growing landscape of NFTs. Let’s recap all of the past week’s action.

A Peculiar Story At Sotheby’s

Earlier this month, Sotheby’s announced a monumental listing to come to the NFT market: 104 CryptoPunks in one lot. The owner, Twitter user @0x650d, wrote a multi-tweet thread about the importance of the listing, describing it as “a chance to showcase CryptoPunks on the same level as some of the most significant and high-profile sales of Contemporary and Modern Art in history.”

However, the listing was pulled on the day-of this week, with the following tweet released shortly thereafter:

We can only speculate around the reasoning behind the owner’s decision to pull the listing, but the likely answer is merely just next-level impression farming.

Not long after we published last week’s Nutshell, news broke that OpenSea suffered a phishing attack that impacted just over two dozen users, allowing bad actors to maliciously secure NFTs that were not theirs. The attackers utilized Tornado Cash to withdraw over 1,000 ETH following the attack. Check out our full report on the hack.

NFT website Mintable was able to track down three stolen NFTs, and return them to their rightful owners. The NFTs were reportedly tracked down from fellow NFT marketplace LooksRare.

Meanwhile, OpenSea’s legal department is also busy, as the marketplace deals with it’s first-ever ‘hacked Ape’ lawsuit – one that could set precedent over how much responsibility NFT marketplaces have to secure their users assets. An exploit around inactive listings led the Texas-based owner to lose out on a $1M+ valued Bored Ape, and that user has said that OpenSea isn’t doing enough to recover the owner’s asset – or recoup their funds. It will be interesting to see how this story develops.

The Associated Press (AP) has spent decades working to establish it’s credibility as a news source, and many are questioning their journalistic integrity this week after an insensitive NFT release. The AP was set to release a new NFT of a video of “migrants drifting in an overcrowded boat in the Mediterranean” – leaving many fellow journalists asking if the AP is releasing the NFT to raise awareness on issues of human suffering, or looking to make a quick buck off of the impact?

The AP since pulled the NFT listing, deleted the tweet announcement, and released statements that described the NFT as “a poor choice of imagery” and reiterated that profits go towards the non-profit newsroom, while still stating that the NFT would of course, not be up for auction. Everything else aside, it was a poorly-timed move given the broader geopolitical events occurring this week. 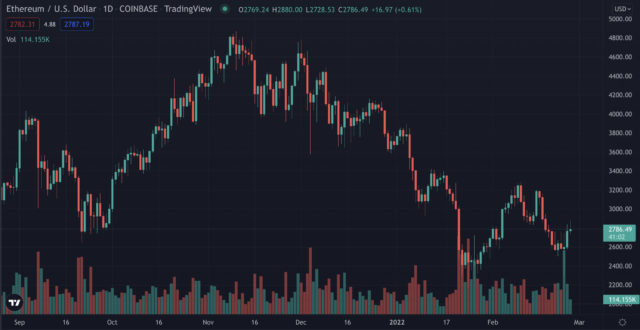 Are NFT marketplaces going to become a dime-a-dozen? Coinbase, the New York Stock Exchange, and plenty others are working on their own NFT marketplaces to enter an already saturated market that is undoubtedly led by OpenSea thus far.

The latest player to enter the space this week is Japanese e-commerce giant Rakuten, which plans to offer digital collectibles around sports and entertainment.

Fashion brand Bape has been seeing a revival lately, and is one of the latest in apparel to enter the NFT game; the brand started teasing it’s “(B)APETAVERSE” NFT series in the past week or so, and reactions have been a mixed bag at best.

We’ll see if users elect to ‘ape in’ to this release when it drops later this year, but given the brand’s recognition – and existing brands success off sheer name recognition alone – don’t be surprised to see these NFTs move quickly when they are minted.